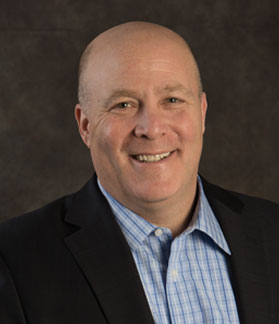 Steve Grossman has been originating residential mortgages since 1991. In 1994, Steve joined NJ Lenders Corp., where he became a managing partner in 1998. During his tenure at NJLC, he has personally funded over $3 billion in residential loans. For the past 20 years, Steve has been recognized by multiple industry publications as one of the "Top Loan Originators in America.”

As the Chief Strategic Officer of NJLC, Steve’s responsibilities include managing the company's MLOs, recruiting, and assisting in managing operations and capital markets. He also manages NJLC’s Consumer Direct and marketing department.

Outside of his work at NJLC, Steve runs a capital market mastermind group at the National and Secondary Mortgage Bankers conferences and is a business coach with the Tribe Poaching Program. Steve is also an active member of the Leadership 360 Performance Coaching program, the National MBA, NJ MBA, and Lenders One. In addition, he serves as a board member of Lenders One, and the Greater Bergen Realtor Association Foundation.

Steve is on the advisory board of Own Up, Top of Mind (Surefire), and Homebinder, while serving as a trustee for the Youth Consultation Services. He is also an original founding member of a nonprofit that supports children and families in Comunidad, Costa Rica. Steve currently lives in Towaco, NJ, with his wife, Sharon, and his two sons, Josh and Ethan.

Steve Grossman is authorized to lend in New Jersey and New York.

NJ Lenders Corp provides borrowers with intuitive mortgage calculators to assist their loan journey. We make the process simple. View our calculators to see what loan works best for your needs.

Calculate your Monthly Rate and See Your Options

Total monthly payment
$1,958
Principal and Interest $1,478.84
Taxes $250.00
Insurance $125.00
PMI $104.17
Does your future add up?
Apply today
The information shown is for illustrative purposes only and does not represent a credit decision or commitment to lend. These figures apply to a borrower with excellent credit and are subject to change without notice. Products and terms may not be available for your situation. Pricing add-ons related to loan amount, property type, loan-to-value, credit score and other variables may apply. Adjustable-Rate Mortgage (ARM) rates and monthly payments are subject to increase after consummation. Please contact your Mortgage Markets Cuso Loan Officer for further information about fees and terms, and to discuss your specific situation.